Experienced and Effective Defense of Your Rights 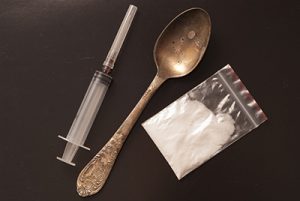 Arrest and prosecution for possession or distribution of cocaine, heroin, methamphetamine, or prescription drugs is severely traumatizing.  We now have a “law and order” federal administration in America, and the impact of a drug crime conviction to you and your record is tremendous.

All states have laws that govern the possession and sale of controlled substances.  In Colorado, the Uniform Controlled Substances Act of 2013 was enacted to control the illegal distribution and manufacture of substances that may have medical uses, but are also subject to abuse.

Under Colorado law, a “controlled substance” means, “a drug, substance, or immediate precursor included in schedules I through V …, including cocaine, marijuana, marijuana concentrate, cathinones, any synthetic cannabinoid, and salvia divinorum.”  The Colorado General Assembly determines what substance is listed on which Schedule.

Most people familiar with drug scheduling know about it from Chapter 13 of Title 21, United States Code.  However, Colorado also has a drug schedule.  In Part 2 of Article 18, Title 18 of the Colorado Code, one can determine how the General Assembly has classified certain controlled substances.

Colorado separates drugs into five schedules based on a substance’s medical use and propensity for abuse.

Penalties for Possession or Use

To be charged with possession, a controlled substance does not have to be found on your person, as long as it is found in a place that is under one’s “dominion and control.”  Under Colorado law, having an illegal drug knowingly under your control constitutes possession.

Defendants who commit a drug felony with certain aggravating circumstances present are classified as as special offenders and subject to punishment for a level 1 drug felony.  Some aggravating factors include:

In Colorado, every drug charge is a serious charge.  Convictions for drug crimes carry stiff penalties, including lengthy periods of incarceration in state prison and mandatory court surcharges.  And if you are facing the consequences for a felony offense, you could be dealing with it for the rest of your life.

If you have been arrested and charged with a drug crime in Fort Collins, it is important to speak to an experienced Fort Collins drug crime lawyer immediately. Never discuss your case or answer questions without first speaking to an attorney.  Call the Cooney Law Firm at (970) 484-9911 or contact me online to discuss your circumstances.